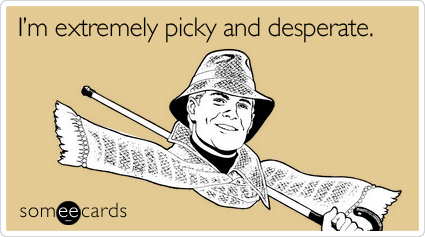 New Years or birthdays remind me of where I stand in life…I don’t care about the numbers or dates really, it’s more about reflecting…

Tomorrow is Valentine’s Day which almost every year for about a decade is simply reminding me that I am alone.

Our beloved character Barney Stinson from the TV show “How I met your Mother” calls 13th February “Desperation Day” as apparently every woman tries to get a date for Valentine’s Day.

As I said..I am only reflecting…not really trying to get a date. But if anybody is interested…feel free… remember though that I am extremely picky and I might say no… 😉

The Stink of Desperation?

The other day on another of my favourite TV shows  “The Big Bang Theory” in the episode “The Desperation Emanation”  Amy Farrah Fowler explained that while pheromones work positively in many ways there are also odors that leave your body to indicate desperation. Potential partners will pick up on this and will not feel attracted to you.

Amy: From a neurobiological standpoint, Leonard, you may be alone because your psychological state is causing an actual pheromone-based stink of desperation.

Sheldon: Did you know that, Leonard?

I googled this a little and didn’t find anything to back it up. I know obviously that animals smell for example if we are scared, sad, angry etc… so I guess humans smell this, too?

True or not…The whole thing got me thinking either way…

First of all, why is desperation something that puts off potential partners? Is it because it devaluates them? …in the sense of “I am only the last resort for this person as he/she is desperate!”…that’s probably the answer right there…

Then again if a man is really right for me this shouldn’t be a showstopper?

It’s like all the other games around dating that I will never get the hang of. I want to be myself and not follow some weird game rules that say “a woman isn’t allowed to ask a guy out” or “never call him withing 3-4 days of the date” etc etc. If I want to see him again I want to let him know…no games…why is this being made so complicated? If he is the right guy he should feel the same way and should be happy that I write him the next day…or he should even be doing this. Why the wait? Why the game? Why pretend that I don’t care if I do? How to act after a date would actually be my main problem if I would even GET to the date stage in the first place. But as that is not happening I start to believe in the “desperation emanation” theory (does it even work virtually?).

Men don’t ask me out…with maybe 1 or 2 exceptions per year. Should it be more? I seriously DO think and hope so! When I ask guys out I usually get a “no” or they say yes and then cancel in the last minute. I am used to that already as sad as it is.

I was told that it might be the British/Manx culture I am living in. Guys don’t ask women out and women are not supposed to ask men out… Apparently the way to actually find a partner is to get shit-faced in a club, ending up with a human to take home and maybe see them again when the sex was alright… or for women: just get pregnant and nail the guy down that way.

These are very bleak prospects then as I will not take part in this. Meaningless sex is fine for the fun of it and stress release, but I am really trying to find a long-term partner. And I can’t see how that is supposed to work starting with sex…

2011 I had one date. One! I met the guy on Match.com. He asked if we shall meet and we spent 7 hours together in bars, over a meal, walking along the sea promenade watching fireworks. We got along real well. 3 days later he said we can’t be more than friends. Fair enough. At least he was honest. …but it simply makes me wonder what it it that’s missing…What’s missing to make me a potential partner for life?

I was supposed to go on another date that year. The guy got robbed and didn’t want to leave his house again for days and we never got to go out. In 2012 I got asked out once. I have actually written about it in a blog. This date never happened as he gambled away several thousands of dollars in Vegas and didn’t feel like going out any more. You can read the blog about this “almost romance” here.

So, there we are. First of all, I live on a tiny island with limited opportunity, then I am unlucky and also men probably don’t ask me out because I carry the “stink of desperation”. (…also it might not help that I change countries all the time…)

Most of my life it seems I am “undateable”. There is actually a TV show now with that title on Channel 4 in the UK. Am I really one of them? Someone who is not capable of a) getting dates and/or b) making a man really be interested in me (other than sex of course)?

I know that exactly this sounds desperate, but seriously… I am a somewhat intelligent women that doesn’t look too bad. I am fun to be around, I love travel and games  and I would be so happy to have someone to share my exciting life with. And although I am not planning to have a family I can hear my biological clock ticking…I am not getting younger and prettier, you know?!

Well, at least I go and work out now…so maybe the “prettier” will work and maybe I will be able to catch a cute CrossFit guy some day. Once I said I would pay to have sex with a man with a perfect body as I don’t think I will ever be able to pull one. But give it another year and if I continue with CrossFit I will be the one with the perfect body! 😉

An example of hot CrossFit guys (…well, at least the bodies…ignore the faces ;))! 😉

And yes, I am picky! And I don’t care much about looks. This “hot guy” business is more of a joke. But I have certain things I need in a man and I guess the older you get and the longer you wait you really don’t want to go back making compromises. 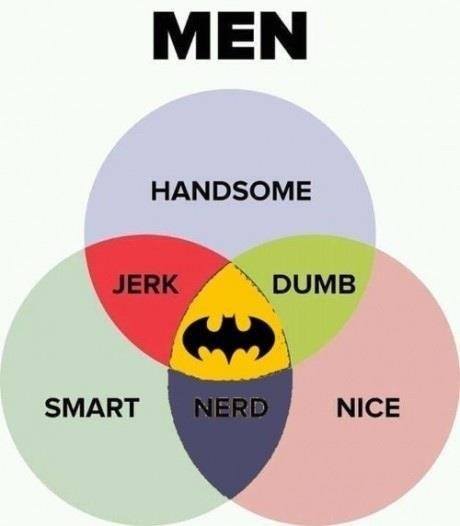 OK, enough of this. As everybody keeps telling me “You have to be patient!” and “It will happen when you least expect it!” I will just continue with the “waiting game” and hope that fate decides some day that it’s time for me.

To all of you out there that DO have dates or spend the time with your loved one: Have a Happy Valentine’s Day! 🙂